Character races in The Waylanders

The Waylanders is set in an era of magic, when mankind was closer to nature and still fully involved with the other races of...

We want to tell you a little more about The Waylanders videogame’s universe.

You will find several different races to choose from in the game:

The most common and the youngest race of the world. Their magical knowledge is almost accidental, and only a very small group of capable individuals can master it. Due to the constant internal conflicts between them, they have never been united under a common banner and, frankly, there is little chance of that to happen. However, their tenacity and ambition places them as the dominant race in the world.

Descendants of the god Lugh, werewolves have been losing their divine blood generation after generation, slowly turning into wolves, striding away from being divine creatures. They are proud of their blood but, even if they don’t want to admit it, their instincts and herd hierarchy prevail. They have a very hierarchical society, where the Alphas rule over the rest of werewolves. They live in small nomadic settlements far away from the other races, thus having hardly any contact with them, aside from the occasional trader caravan.

Organized as a matriarchal society, the Moures decided long ago to stay on the sidelines of a world they no longer consider themselves a part of. Revered by humans, they still participate in the Celtic rites of crowning and do a little trading. Although they usually are scholars and sorcerers, their warriors are fearsome when provoked.

Behind their brutal and grotesque appearance hides one of the wisest and oldest races of the world. They are exiled in the Other World, were they live along the Semi-Fomori, who chose their side in the legendary war against the Tuatha Dé Danann. Banished to that dimension, the Fomori bear their defeat with resignation and see their immortality as both a curse and sometimes a blessing, having the knowledge that they only need to wait until the right time comes for them to re-emerge, once the others have fallen…

The game includes 8 dice: 2 for hill terrains, 2 for plains, 2 for forests and 2 auxiliary dice. All these dice are customized with the symbols of the adventurers’ guilds.

We wanted to share the following picture with you, taken during a playtesting session with one of the prototypes. In the sorcerer’s card you can see the actions points the player will spend, and that will pass on to their rival after spending. Because of this, sometimes it’s best to save your actions to avoid giving them to the enemy… 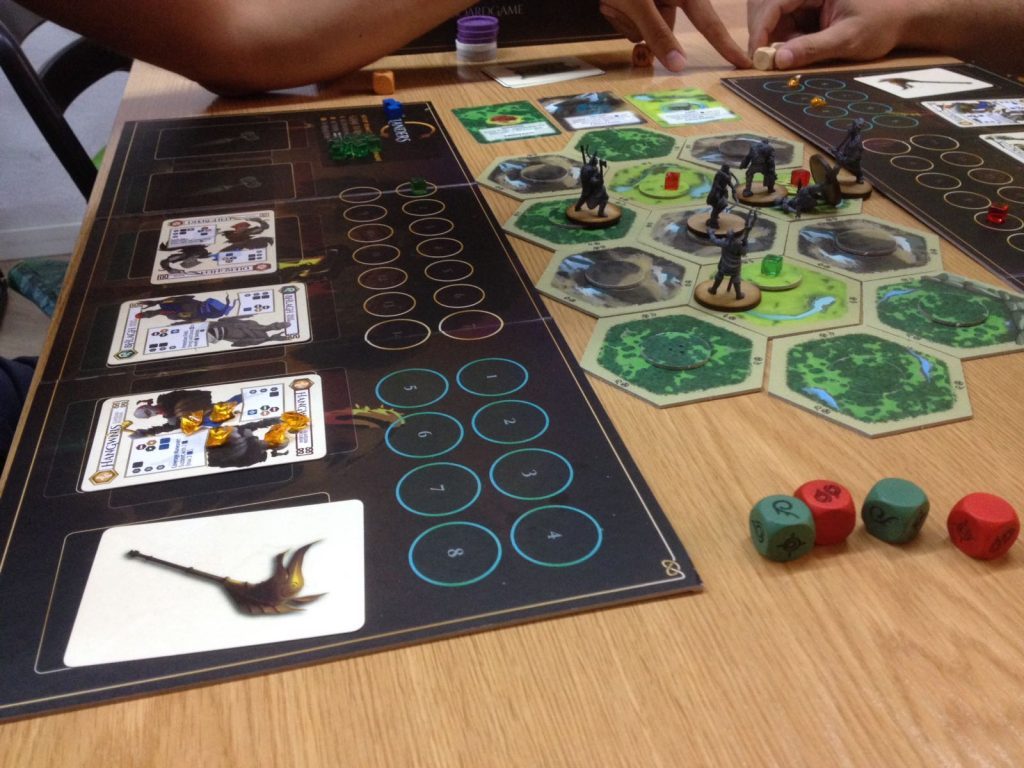 In the image you can see an initial setup example for a 2-player game in a simple scenario: 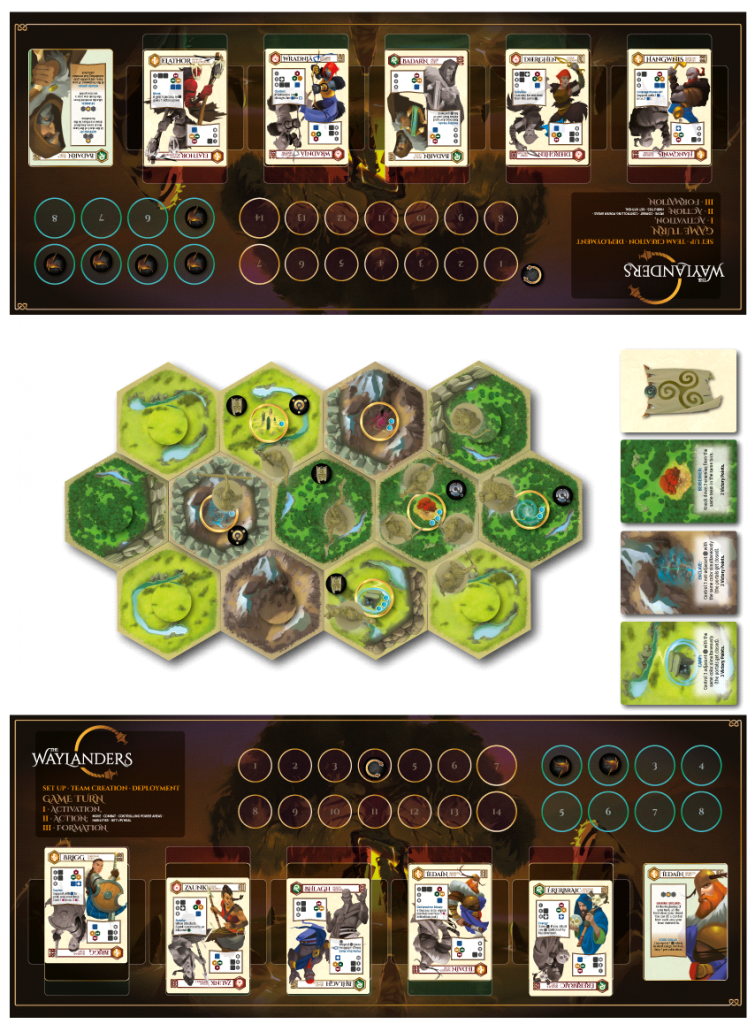