«Yohei»: War and magic in the land of Jiin

"Yohei" is a skirmish game born from the passion for Japanese folkloric mysticism and its heroic deeds. The game created by Christian V. Tunn...

There is a collection of manuscripts, written by the survivors of the first war against the demons, which claims that under the Island of Jiin two gates forged thousands of years ago hold back the demonic forces repelled by Arashi “the Exile”.

A hero expelled by a false emperor; a demented ruler who has plunged the country into an endless civil war, setting the people against each other while they eagerly hope for the return of the one who will free them form tyranny; and rumors of monsters patiently awaiting to regain with blood what they once lost….

Yohei is a skirmish game born from the combination of Japanese folkloric mysticism and its heroic deeds.

Yohei combines die rolling, modular boards, and card management to immerse you in the battles fought by the warriors you hire. Around 30 minutes per player to earn the victory by constructing buildings, summoning powerful events, invoking legendary weapons, and crushing your enemy.

Yohei offers 1 vs 1, 2 vs 2, and 3 player free-for-all skirmishes. And a story mode with different endings. For those who manage to master the game and want to delve deeper into its mechanics, you can also build your own decks with your favorite characters and events seeking endless combinations and hidden tricks among the skills, weapons and heroes of Jiin. 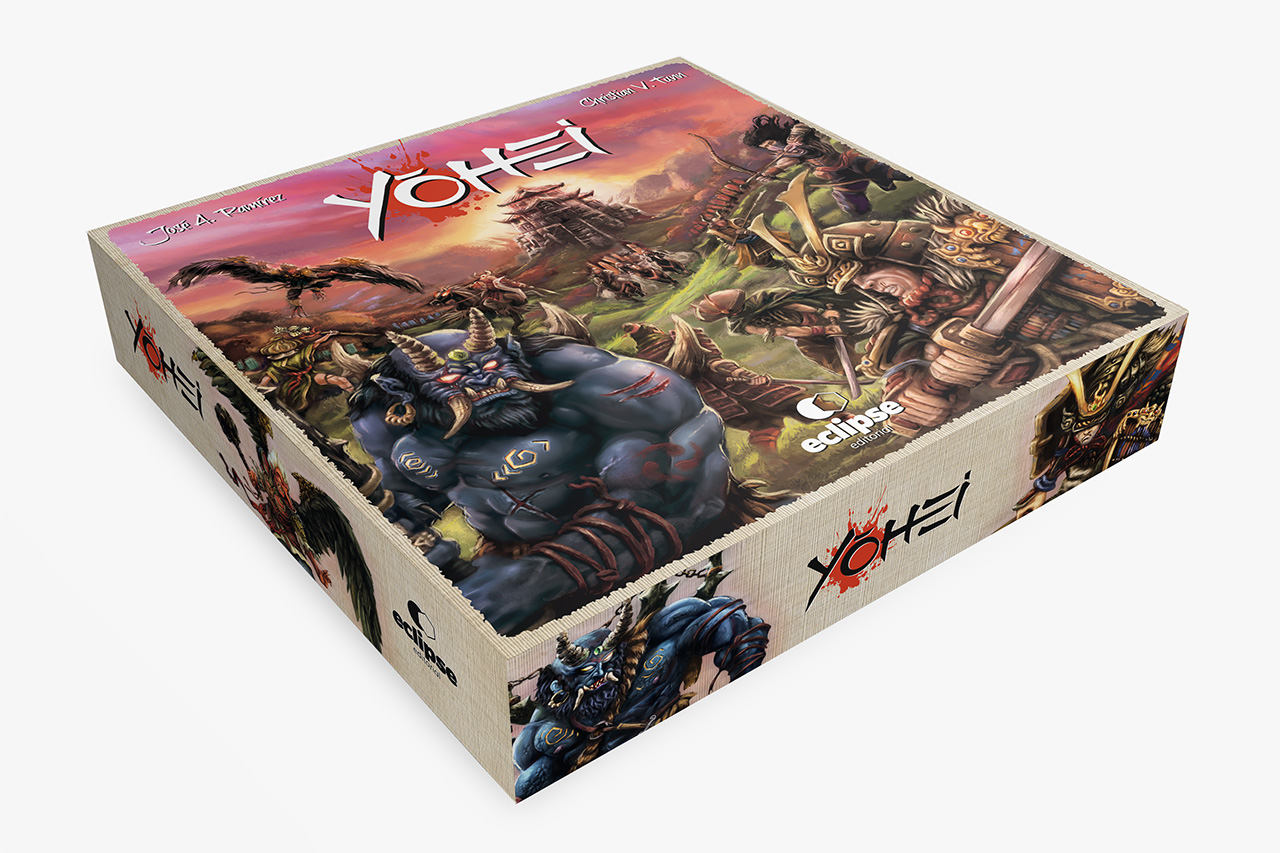 A good backstory provides the historical background to the feats and conflicts of the heroes of the Island of Jiin and its asymmetric clans. Will you be the chosen one? Will you manage to subdue your enemies?.

More information will be revealed soon about Yohei, the game created by Christian V. Tunn and José A. Ramírez, with amazing art by Paco Arenas (Skull Tales) and graphic design by Matías Cazorla (Ratland and Frontier Wars).