The girl went down the steps decided, while the mixture of smells confirmed that he had given the right place. Squinted his eyes to...

Greetings (see Skull Tales in Kickstarter) We continue unlocking Stretch goals and we are about to get the 2 exclusive miniatures of the Noble rebel and his dog of war. We also want to introduce this new ADD-on in which we have been working for a while. The game contains chips representing 5 objectives (for adventure and crossing) and 12 doors for Villa tiles. If you want to have these elements in miniature, or even to be used in other games, you have this ADD-on for $18 (€15 approx.). The trunks would be placed on top of the target tiles and the doors in the building gaps and rooms in the Villas. 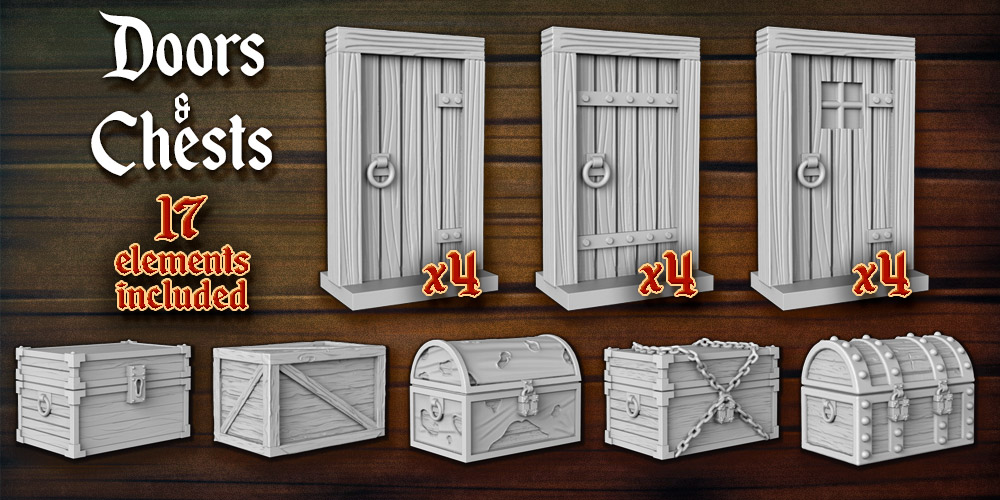 The girl went down the steps decided, while the mixture of smells confirmed that he had given the right place. Squinted his eyes to get used to the darkness of the cellar and descried the old man who walked from one place to another, taking containers with different contents and mixing them in a kind of kettle revived by the fire of the chimney. The old man dropped the last jar by noticing the presence of the girl, who pointed to him with a strange arquebus with a mysterious green glow. "You know what I've come for, so don't waste my time." The Alchemist makes an appearance on deck. This girl has changed books and cauldrons by searching for the secrets of alchemy after hearing legends about the new world and its possibilities. And for that, he has not hesitated to join the group of pirates. A new character with mystical abilities, special spell letters, and a weapon that does not need to be recharged, but which is exhausted by the power with which it is used. Sounds interesting? The Alchemist, as well as other characters, enemies and much more content are part of the many surprises that we have prepared for this campaign, in the form of stretch goal that we will announce. 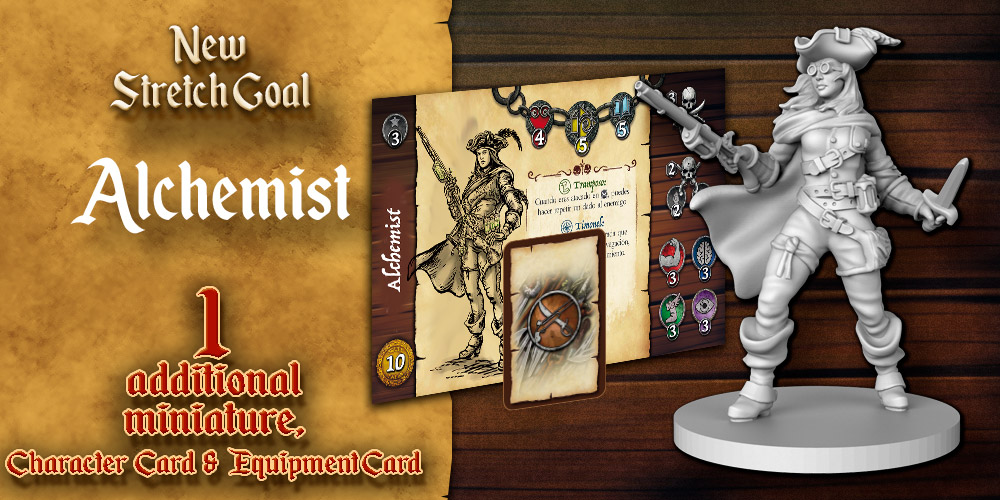 Follow us on our social networks, as well as share our publications and advance in the social stretch goals. Remember that the two exclusive boxes for patrons to reach 300 fans in the BGG has already been unlocked!

Due to the large amount of SGS unlocked, in the description of KS we have grouped the first 38 SGS into a single image, because we had no more space. But you can continue reading the descriptions through the link. Fair winds and following Seas!