Now the most powerful Groups of Civilizations are arriving from the most remote parts of the Universe through the limited TANNHÄUSER’ GATES. They will...

(Extracts from the code “Civilitas”, which contains the preserved legacies of the history of the civilizations of the Universe):

“ THE FUTURE OF HUMANITY……

… Millions of years have passed since the ancient Humans, who arose on the mythical Earth, discovered the technology of stellar travel. Their descendants, Settlers of Planetary Systems, have traveled the galaxies fighting countless alien species to expand their influence and ensure their survival. Now they have almost nothing to do with what it was before, and each group of civilizations that has survived has been thanks to its split, evolution, and specialization in the domain of one of the foundations of nature (matter, energy, data, and space-time). Everyone is aware that they lack the knowledge that will allow them to absorb others to gain absolute control. What they call NEXUM…

THE “NEXUM”, DISCOVERED IN “GALAXY”…

As a result of the merger of a black hole and a neutron star, one kilonova has exploited alongside the forgotten and remote GALAXY. This has put the focus on from  all corners of the Universe in the remains of the Athavian civilization, which before its destruction had secretly reached the maximum knowledge that the ancient codices call NEXUM and the absolute power that it carries. Until that unexpected annihilation, the Atavians had succeeded. dodge attention to GALAXY, progressing silently for the last five hundred million years of the second eon after the Big Bang. 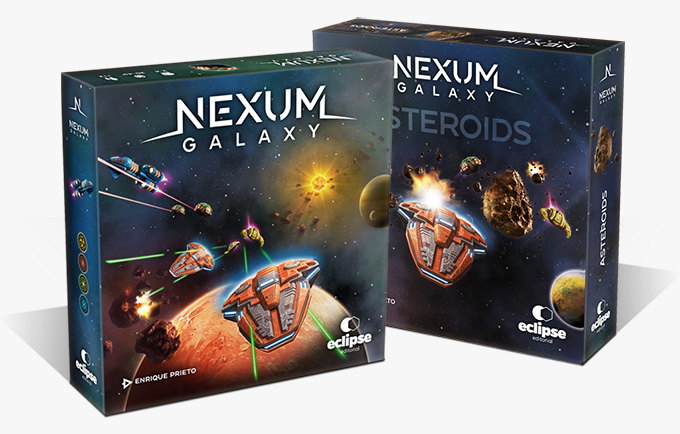 THE CONQUEST OF GALAXY 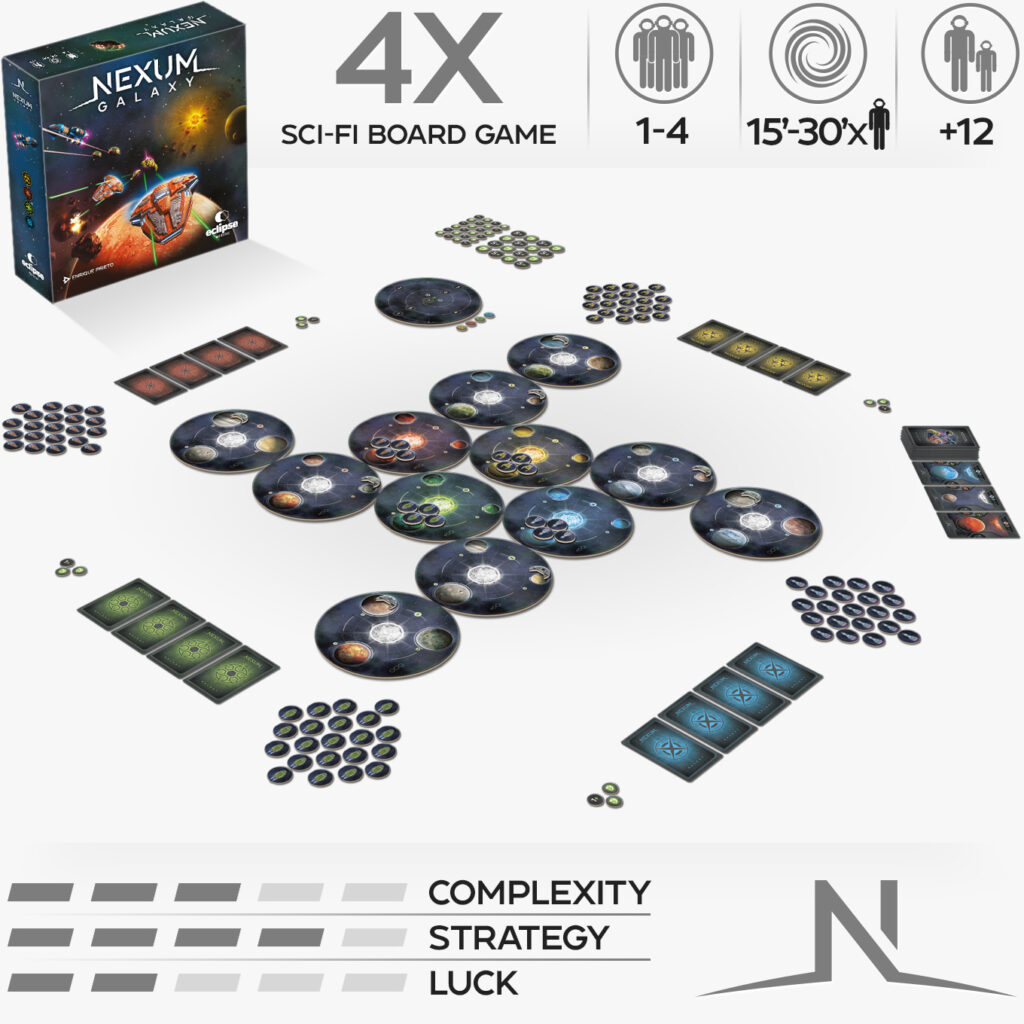 Now the most powerful Groups of Civilizations are arriving from the most remote parts of the Universe through the limited TANNHÄUSER’ GATES. They will fight for the domain of GALAXY and the secrets that the scattered TECHNOLOGICAL RELICS, which they contain the scattered NEXUM knowledge. You will be in command of one of the four armies to control the galaxy and its secrets: 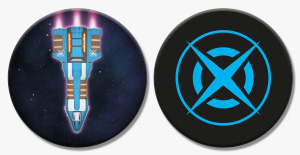 Collective Gnomicon (blue squad): They are cold machines that work like multisensory swarms endowed with collective intelligence. Greater potential: Supercalculation, with which they coordinate attacks and foresee many dangers. Against: They don’t feel, and do not take prisoners. Element: Information, predictive calculation. 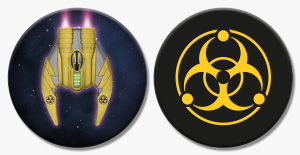 Psychon (yellow squad): Highly energetic beings who dominate almost all frequencies. Greater potential: Electromagnetically alter the will of others. Against: Bad to win and worse to lose. Element: Energy, control of communication. 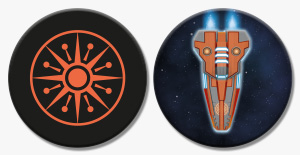 Clonix (red squad): Army composed of all kinds of cyborg beings that are drones, from an undisclosed galaxy, for what remains of the ancient human species. Greater potential: Military experience. Against: Absolute neglect of personal appearance. Element: Space-time. Exquisite punctuality. 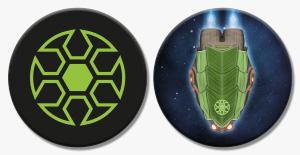 Bionts (green squad): The deadliest combination of all life forms that they have assimilated in their travels through the galaxies. Greater potential: Defense and infection. Against: They are recognized by the strong smell of garlic. Element: Matter. Replica of any form of life.

Each Group of civilizations has managed to use a Tannhäuser Gate to deliver a few spaceships to a Tann (Initial Planet), with very limited energy resources.

From that point of arrival, conquer planets, requisition loot, extract energy, capture Relics, craft, and mobilize new ships to achieve absolute control of the NEXUM that is scattered throughout GALAXY!

To make up the game board, three Planetary Systems are placed on the table for each participating player.

Each Planetary System is made up of a star and three planets:

That is, there are six Planetary Systems for one and two players, up to twelve Systems for four players, each game being able to have a different composition, forcing strategies to be rethought. The turn is not significant, but if they touch or not, because it will affect the cost of movement between them.

Do you want to try it? Head over to GAMES FRIDAYS: https://discord.gg/7wtyd6YQRJ

NEXUM Galaxy could be considered a collective work, since it incorporates the contributions of hundreds of players of all game levels and ages, and of the publisher.

In this link, the author elaborates on that concept and also thanks some of those people for taking the time to make NEXUM Galaxy what it is today. 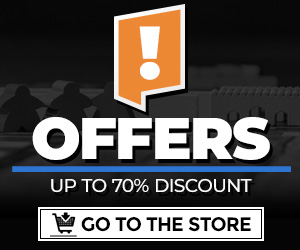