A look at Yohei's clans 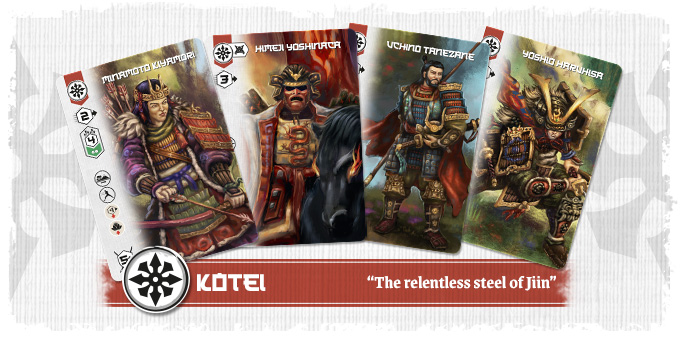 Kotei: The reliable enforcers of the Emperor. Its members have moved away from magic, but are lethal in ranged and melee combat. Their “Counterattack” skill punishes the enemy with a free and automatic attack every time they fail to produce a single hit on an attack roll during melee combat. A perfect clan for beginners to become familiar with the secrets of the game.

Majishan: The supreme mages of Jiin. They can foresee the future by manipulating the Event deck every time they enter the battlefield and choosing the Event that best suits their needs. Additionally, they can channel the elements into a ranged attack that immediately causes a KO when damaging an enemy unit.

Ankoku: Would you rather avoid close combat and torment your enemy from the shadows? This is your clan. Ankoku use forests as a weapon that grants them extra defense against ranged attacks, turning them into elusive assassins. In addition, when they are deployed on the battlefield, they throw smoke bombs that automatically stun any enemy unit. This clan is ideal for a disruptive fighting style combined with fast units with pinpoint accuracy. 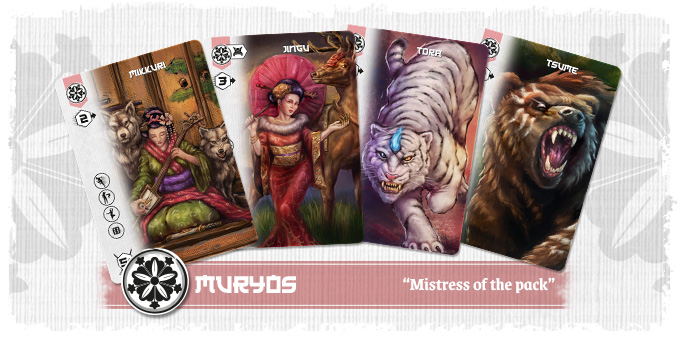 Muryos: Geishas and wild beasts mixed together in an elegant and brutal clan. Their combined skills are as destructive as they are effective. The geishas can manipulate the combat frame of units, turning them towards their weakest section. The beasts are the only creatures that can attack twice in the same turn when engaged in melee combat. It’s not hard to guess the outcome. 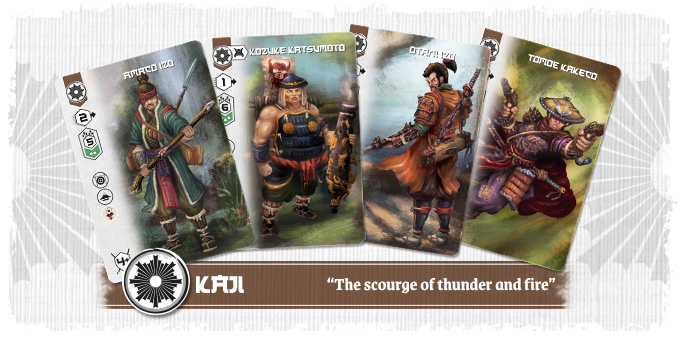 Kaji: The gunpowder of Jiin. If you enjoy slaughtering your enemies from a distance rather than drawing your sword, Kaji is your clan. Their most powerful skill, “Accuracy”, allows them to shoot against enemy units engaged in melee combat.  Additionally, each die result in ranged attacks by this unit gets +1. Imagine what they can do if you combine this clan with other clan or units that act as “tank” or “retaining wall” to protect them in the rear.  It’s just an idea 😉 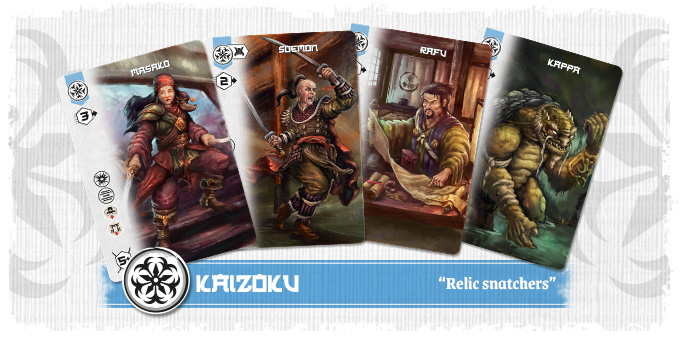 Kaizoku: The pillagers of Jiin.  A disruptive and opportunistic clan.  They take random cards from your opponent’s hand when deployed and find precious “Tori” tokens without having to pick them up from the battlefield. Their ranks include one of the game’s toughest units, the tough Kappa, capable of moving through water tiles. 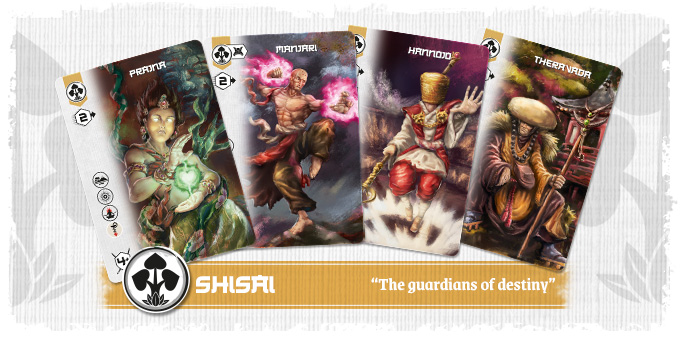 Shisai: Healers. A support clan that can transfer allied wound to themselves. They also have one of the most mysterious skills in Yohei: “Intuition”. Thank to this skill, the first Event card you play costs -1 Command Points for each unit with Intuition you control on the battlefield. Is is a cumulative effect. Where other clans invest a lot of actions and time, the Shisai clan allows you to play events with higher costs by simply deploying units on the map. 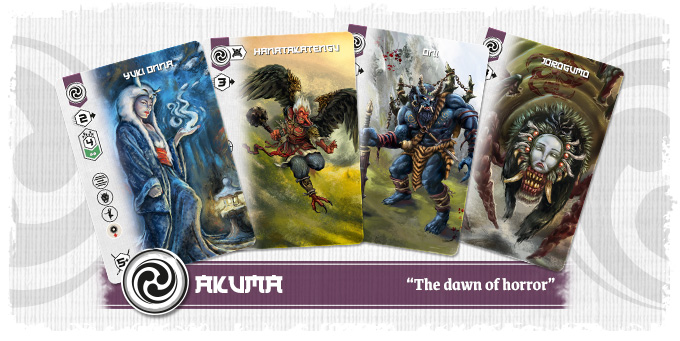 Akuma: The demonic scourge of Jiin. They are the cause of the fracture between clans and the current war that tears the country apart. Powerful in melee combat and with the ability to move across any terrain on the battlefield. They also possess the “demon” skill, which drains the opponent’s Command Points when their units are injured. They control the Vortex which acts like a mobile portal to deploy units as if it were a regular Barrack and can also perform ranged attacks that protect it from being destroyed by unwary enemies.