“YOHEI”: the game board, units and hero cards

In Yohei, you need to read the battlefield wisely and optimize your unit cards and the skills of your heroes to achieve success in... 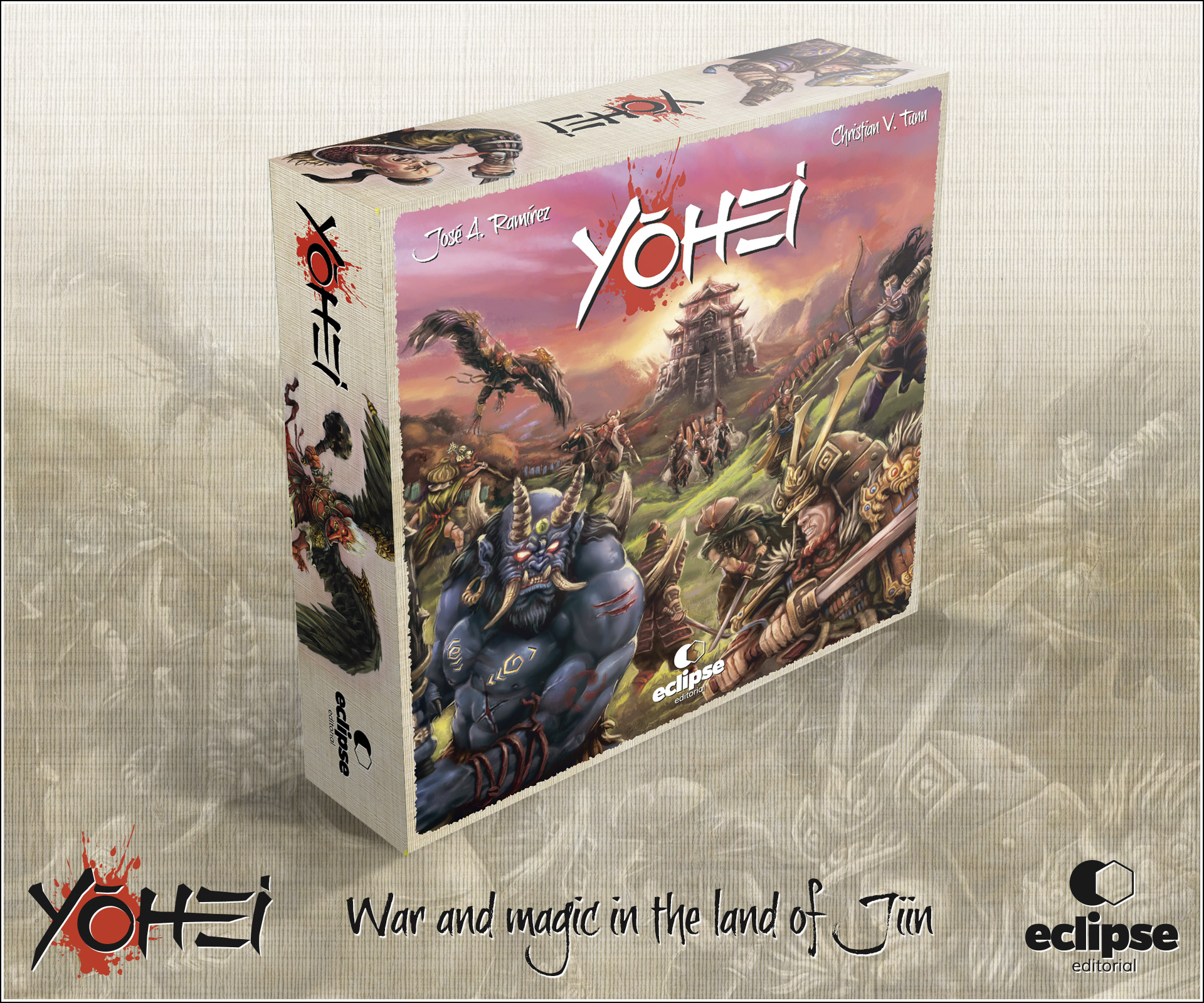 Yoshio blocked the three consecutive attacks of Mayira, his mentor. The young apprentice could feel his shaky legs and blade were about to collapse, but proudly grinned to overcome the fearsome combat aura of his opponent. He smiled.

“What’s so funny, Yoshio?”  Mayira asked, shaking off the sweat of his pupil from the blade.

“Nothing, sensei. Forgive my boldness, but it’s extremely hard for me to contain the excitement of having protected my flanks from the swiftness of Mayira’s legendary sword.”

”So, what are you celebrating? A war that has been won? Perhaps a country conquered? We are no more than two blades in the grass.

Two blades… One that withers and dries in the autumn, and another that blooms and reigns strong in the field.”

Mayira tipped his blade towards the ground and prepared his stance for another attack.

“Accept it, sensei, I have defended every single one of your blows. This can only mean one thing: I am the best in the school and you are not as powerful as I had read in the memoirs of my ancestors.”

Mayira flung his sword into the ground in front of him. Yoshio took a defensive stance, but his sensei didn’t move a muscle. A whistling sound echoed in the air. Yoshio was repeating in his head over and over again Mayira’s words: “look behind me, move forward in time, what’s all that nonsense?”

Suddenly, the point of a sword flew from out of the thicket like a snake, straight towards the back of Yoshio’s neck. A snake of steel and diamond at the speed of lightning. Yoshio blinked. 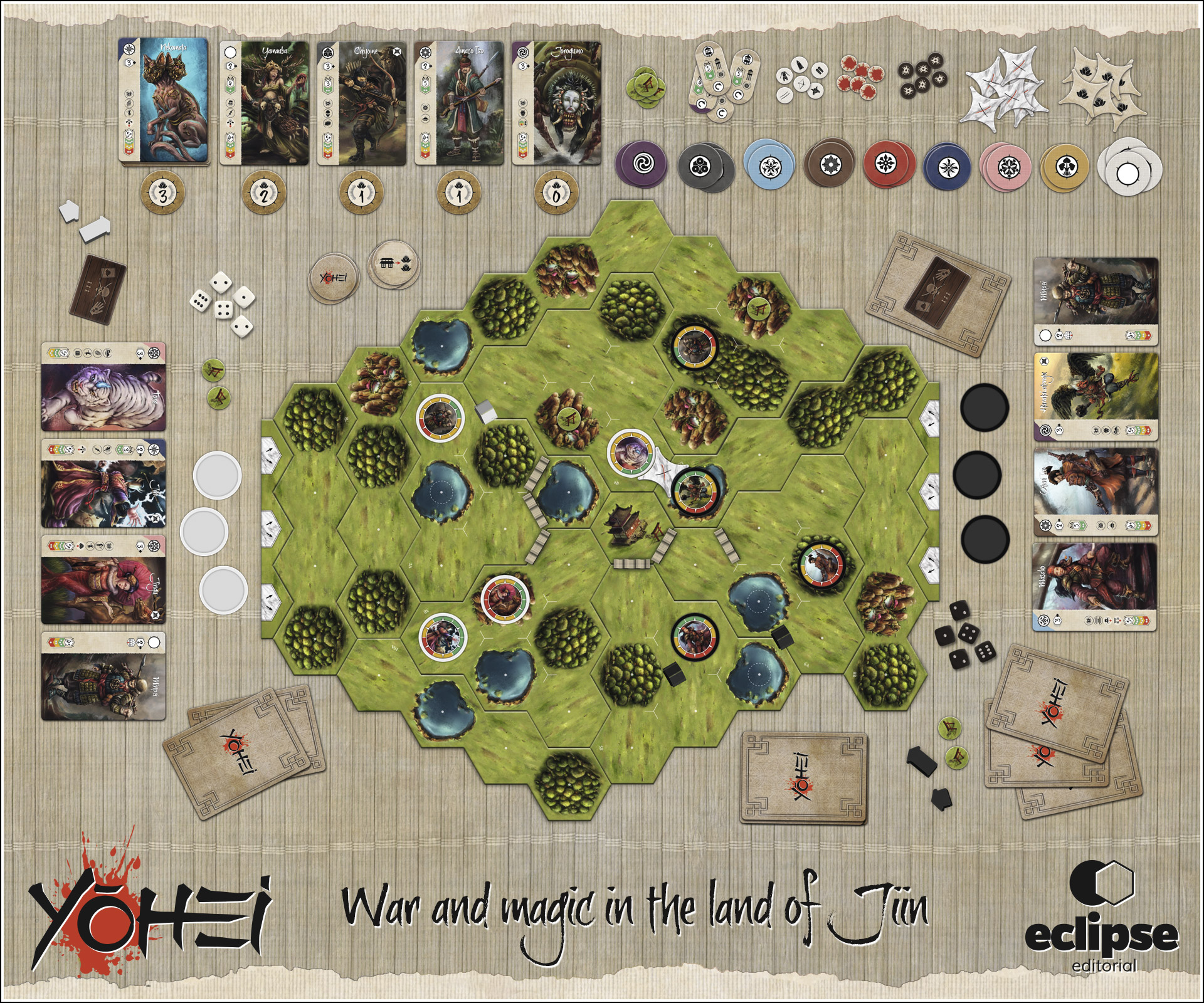 The game board, units and cards of Yohei

In Yohei, you need to read the battlefield wisely and optimize your unit cards and the skills of your heroes to achieve success in all its game modes.

Each warrior of the Island of Jiin is represented by a card and a token that share the same character/unit image. The card indicates the skills and attributes of the unit with a series of symbols easy to understand. Move, melee attack, ranged attack and special skills comprise the essence of these formidable warriors.

The unit token has a “combat frame” divided into 3 sections: red, yellow, and green. Red is the weakest section of the unit in terms of attack and defense, whereas green is the strongest. The number of dice rolled during attack and defense depend on the colors of these sections.

Therefore, facing at the end of a unit’s move action on the battlefield is extremely important. Positioning, facing, the distance at which an enemy can deploy, charge, attack or use an effect, are key factors that need to be taken into consideration. 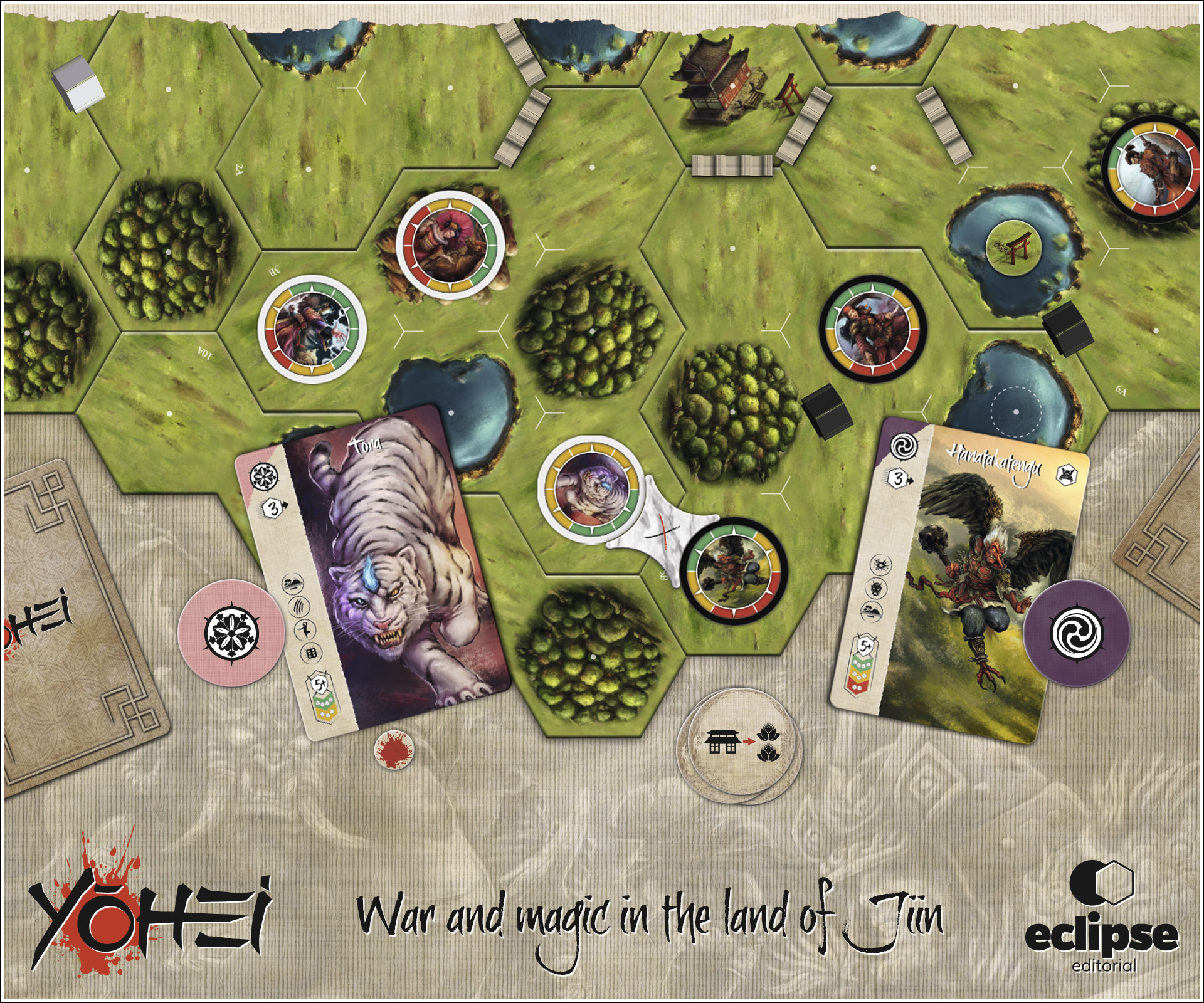 Four types of terrain shape the landscapes of Yohei. Terrain hinders movement or offers advantages to those who move through or occupy it. For example, forests and mountains protect units from enemy fire, but more movement points need to be spent to move across them. In addition, each game of Yohei is unique due to its modular terrain board, which players can arrange in many different ways to create a huge variety of battlefield maps. Gain control over the battlefield and you will control the tempo of the game. Think ahead of your enemies and you will control their morale.

We will soon reveal more details about combat and other aspects of Yohei.